Would you like to switch to the accessible version of this site?

Don't need the accessible version of this site?

How Cold Lasers and Low-Level Lasers Work to Relieve Pain

Throughout the years, cold or low-level laser therapy (LLLT) has become a hot topic in the healthcare community. As more research on cold laser technology is conducted, organizations and agencies across the world are beginning to recognize the many benefits that LLLT can offer patients.

What is Cold Laser Treatment?

LLLT, also called cold laser therapy or photobiomodulation therapy, is a type of phototherapy designed to repair tissue, reduce pain and inflammation, target fat and provide other benefits for patients in both medical and veterinary treatments. The capabilities of low-level lasers have been used in fat loss and pain relief for over 50 years.

During a treatment regimen, a small device emitting laser beam or visible nonthermal lasers is placed over the target area. The low levels of light penetrate the tissue without heating or damaging the skin.

Unlike traditional lasers, which use around 300 watts, cold lasers use between five and 500 milliwatts. True to their name, they don’t burn the skin or produce pain, and the FDA gives them NHN (non-heating instruments) classification. In contrast, a laser used for surgeries cuts through the skin and can lead to severe scarring and pain. 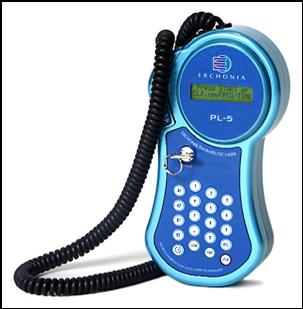 What is a TRUE Laser?

The Erchonia Laser is a TRUE LASER, fully compliant to the definitions set forth by those great men of science such as Bose and Einstein who predicted LASER in 1924 and the contemporary physicists Schawlow and Townes who brought LASER into the modern age. LASER is an acronym for Light Amplification by Stimulated Emission of Radiation. Light created in this way, is then culminated and directed into an intense beam of coherent light through the use of cathode and anode reflecting components in order to produce a single stable frequency. According to Webster's Dictionary, Lasers are coherent or marked by logical consistency. The Erchonia laser meets all the scientifically defined attributes of a laser and is therefore classified as a TRUE laser. We assure and maintain this classification, through our unique and patented process, which produces the emission of coherent light, generated at a precise and stable frequency, and in a focused direction.

What is low-level laser?

Unlike high power lasers that use heat and destroy tissue, low energy lasers affect the cellular energy of the underlying tissue. Hot lasers have a thermal effect and have an output of 1MW or above. Cold (or) Low Level Lasers do not have a thermal effect on tissue; lasers that stimulate biological function have an output below 10mw- milliwatts (ten- one thousands of a watt).

Low Level Laser Therapy (3LT) refers to the modality of applying a "low" energy or "low level" laser to tissue that stimulates cellular processes and thereby enhancing biochemical reactions. For example, studies show that LLLT increases ATP production in the mitochondria of the cell. Since more energy is now available, the cell may utilize this fuel to function or operate more efficiently.

Many theories exist as to the mechanism of action for Low Level Laser Therapy (3LT) but simply put, photonic energy is absorbed by the photo acceptor sites on the cell membrane which trigger a secondary messenger to initiate a cascade of intracellular signals that initiate, inhibit or accelerate biological processes such as wound healing, inflammation, or pain management.

What conditions can be treated?

Are there any side effects?

There are over 1500 published studies and not one of them mentions any negative side effects of semi-conductor diode lasers at the 5mW range like the Erchonia 3LT Lasers. Low Level Lasers are safe, non-toxic and non-invasive, there has not been a recorded side effect in over 1500 publications. There are some necessary common sense precautions that need to be considered, such as avoiding pointing the laser beam directly into the eye and mandating it there, which could prove to be damaging to the eye.

What makes one laser different from another?

A laser can differ in its wavelength, power source or whether it is a continuous or pulsed waveform. The first lasers were used to cut, cauterize or ablate tissue and were classified as "hot' lasers. "Cold", "Low Energy" or "Low Level" lasers are used to enhance metabolic activity at the cellular level through non-thermal reactions.

What is wavelength? And do the different wavelengths matter?

Light is measured in wavelengths and is expressed in units of nanometers (nm). Different wavelengths have different energy levels and can have various effects on tissue. For example, the Erchonia 3LT Laser is 635 nanometers, which is found within the "red" spectrum of visible light (400-800 nm) and has anabolic tissue effects, whereas, radiation that has a wavelength shorter than 320 nm (ultraviolet (UV), gamma rays, x-rays) has ionizing effects on cells and can be harmful even in small doses.

What is the difference between Lasers and LED's (light emitting diodes)?

Lasers are monochromatic (single color wavelength), collimated (non-divergent) and coherent (wavelengths in- phase) in contrast, LED's are neither coherent nor collimated and generate a broader band of wavelengths (multiple). In addition, a significant difference between the two is the power output. The peak power output of lasers is measured in watts, while that of LED's, is measured in mill watts. Also, LED's usually have a 50% duty cycle, meaning that they are "on" 50% of the time and "off" 50% of the time regardless of what frequency (pulses per second) setting is used.

Do you need FDA market clearance to sell these devices?

Erchonia Medical Lasers made history on January 17, 2002 by being the first Low Level Laser manufacturer to be given marketing clearance as Adjunctive Use in Pain Therapy for the treatment of chronic neck and shoulder pain. Although Low Level Lasers typically fall into the "non-significant" risk category, there are many lasers that have been used in the Veterinarian market that are being sold illegally for human use.

How long are the treatments?

Treatments can vary in time from seconds to minutes depending on the condition. Research studies show that there may be a dose dependent response, so it may be more effective to treat at lower doses at multiple intervals then to treat a single time with a high dose.

There have been numerous scientific studies and are many research articles that discuss different aspects of Low Laser Light Therapy (LLLT), each with their own unique perspective, however the simple answer is through photonic absorption, laser light energy converts into chemical energy which initiates a cascade of events at a cellular level

Although it is not very well understood many theories have been postulated about the mechanism of action for low level lasers. Much research has been done in the areas of pain management, wound healing, and nerve regeneration, but little is known about the exact mechanism of action and the physiological changes occurring at the cellular level. In the literature, the three most often encountered theories are: Bioluminescence theory, Cellular oscillation theory, and Biological field theory.

We look forward to hearing from you!